Skip to content
Are you a Foursquare Leader? Visit foursquareleader.org.

As a denomination, The Foursquare Church has a unique history that stems from missions and evangelism. It began as a powerful evangelistic movement and spread throughout the nations to become the global family it is today.

Where It All Began: Our Founding Timeline

Want to Learn More About Our History? Visit Us in Los Angeles. Walk through an illustrated history of Aimee’s ministry with a guided tour of her parsonage in Los Angeles’ Echo Park area. Attend a contemporary Christian service at Angelus Temple, which seats 3,500 people and partners with the Dream Center. 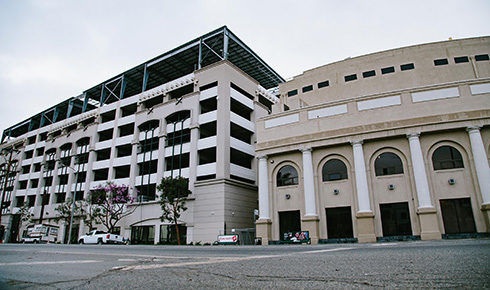 Inquire about an appointment to visit the office and meet team members who support our districts and pastors across the U.S.

The Woman Who Started It All: Aimee Semple McPherson

Foursquare Founder Aimee Semple McPherson was a woman of intense passion, creativity and energy. She led an incredible life that exemplified God’s miraculous mercy. She sparked revival, established a major evangelical center in Los Angeles, and changed the lives of countless individuals.

Aimee was a gifted teacher, and many thousands found wisdom and salvation in Jesus through her words. Many of her works survive today. Discover some of her more famous sermons and writings.

Aimee Semple McPherson was a woman who genuinely sought to share God’s heart with people. Now, uncover true stories of men and women who met Foursquare’s founder and found their lives changed forever.

Search Information about
The Foursquare Church